Arctyc was the middle son of a mining baron and a Sage. He grew up working in his father’s mines, but when he came of age, he headed off to school to study the art of alchemy and automations. It was here that he became acquainted with Ozzy Malys of the Dark Ones, and she introduced him to the Ouroboros clan.

After leaving the College of Alchemy, Arctyc found himself as a member of the guard for a few of the lesser baronies of the Kingdoms. He learned to use his alchemy and automations to fend off bandits, insurgents, beasts, and savages. After using a combination of Ice Alchemy and Draconic Automations to vanquish the Great Dragon Igneel, Arctyc was given the moniker Arctyc Dragon. Due to some strife with the Barony, Arctyc found himself joining a crew of adventurers, and over the next few seasons Arctyc became the leader of the adventuring crew.

Arctyc was invited to the Dark Ones court as a guest in the two thousandth and fourteenth solar, and he found himself helping with events in a mostly passive role. During the solar of two thousand and nineteenth, Arctyc began to play a much more active role and then found himself joining the local guilds and being sponsored by Phoenyx to join the higher echelons of the Kingdom. 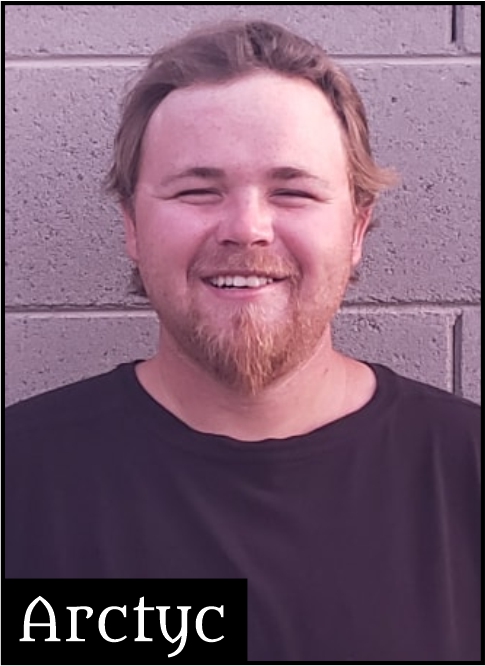