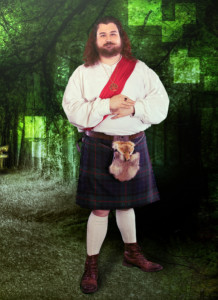 Biographical Information:
Celti hails from the ethereal reaches of a distant horizon, and has travelled through the Realms with the aid of technology, and the spirits thereof that he bends to his will — such a skill he learned from a young age, first cajoling the spirits of toys in parrotry of his parents, then setting about his own learning with a will. Now, seldom does he meet the device he cannot command — though he must sometimes consult an oracle for the proper phrasing.

He is young yet, but his ventures have taken him far and wide through astral and umbral realms, learning varied skills and catholic trivia. Most recently he has wandered through a portal and found himself in an Empire led by a Dark Oligarchy… finding himself greatly intrigued by what the land and its people have to offer, he has set his kip there, and wiles away the hours watching, and listening, and participating.

—————————————————————————–
Known Aliases: Numerous suspected — none that are verifiable as belonging to him.
Current Residence: A pinched-off pocket of the virtual world.
Place of Origin: The foothills of Mount Qaf.
Profession: Techno-shaman.
Race: Human.
Height: 6′4″ (when not crawling through dungeons)
Weight: 20 stone (or the equivalent in local currency)
Hair Color: Red filled with brown, or brown filled with red — depending on the season.
Eye Color: Coal-brown.
Distinguishing Features: Traditional dress.
Titles: The Celtic Madman.
Favored Weapon: Conjured electrical spirits.
Likes: Meat, mead, music, and merriment.
Dislikes: The wilfully ignorant; labyrinthine interface design.
Allies: The Blinking Rambler, Smoke, others.
Enemies: They know who they are.
Special Lineage or Associations: Confidential.

Dark Ones Resume:
My parents have been attending Dark Ones events for almost 25 years. I also attended Kids Keep: 6 or 7 times when I was a child.