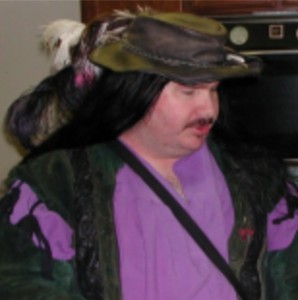 Biographical Information:
Whispers flow up into the silence of the night. Like any other night in a war torn country, no one wants to be a target. They are walk quickly and quietly. People are hardly every being caught outside, much less heard. My job is simple, to kill a man. Not the King or the prince, or even the governor of one of the city sectors. This man is never see by any but a select few. All know he exists, and heed his lackeys. He runs the foulest part of the city. He has his fingers in everybody’s pie. There is not a crime in the city he does not get part the profit from. He has been secretly feeding the fuel of the war. He is supplying resources on both sides. He is also making a lot of money from this.

I slowly I descend into the depth of his organization. I am spending days in a single location until there is no chance of being revealed. No traps here just a lot of people in and out. I go downward further and furthering to the bowels of his operations. After a week I am below ground. I find just your basic traps here. And the numbers of people are thinning out. Three days later I am 2 levels down with only one to go. They are more getting more serious about there traps here, no room for error now. I have only seen a dozen people moving about in all my time on this level. Three more days and many intricate traps get me to the lowest level. I think I have only seen three people in all that time. I have not seen him yet and I won’t.

I have found him and lost track of time. I have also found a way out. It will be tricky, but will only take about 1 minute max. I am in his room for 3 more days, mostly a guess for the meals he is brought. He is surrounded by wealth. Some people are rich — he is wealthy — there is a major difference. Much more that one man can carry, but it is lost on me I am not a thief. He almost never sleeps and when he does he is never alone. I don’t like innocent casualties, so that is not an option. The only time he is alone is when he breaks for biological reasons. The morning seems to be best. Not my favorite time to commit people to the endless sleep, but I have few options.

Just as he sits up, I descend from above him. I am on the floor behind him. The small thin metal device just touches the top of his spine, and he says “So it is time”. I slide it up six inches severing his spinal column from his brain. Next a violent relaxation induced by dynamical chaos as his mind realizes it no longer controls his body. He makes no sound, no movement, not even a breath as he passes. I leave by my escape route in only 39 beats of my heart. From the rooftop I flicker out of sight like an elusive DarkStar.