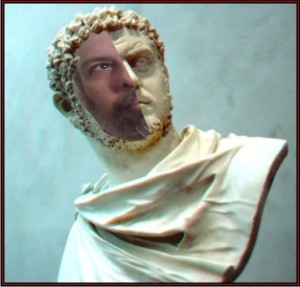 Biographical Information:
In his early years as a Warlord of Gaul, Marcus Carausius persuaded his realm to grant him command of a large fleet of ships to defend against barbarian attack. Once given the fleet, however, he sailed about stirring up unrest, and raised a substantial army. He eventually conquered the entire region and declared himself Warmaster and Emperor.
Marcus held the crown for seven years, before his grip on power was lost. His Gallic territories were retaken by his old enemies, who fatally undermined him by installing a traitor in his midst. Marcus was assassinated by his own finance minister, who then assumed power, only to be killed in turn a short time later.
This caused a change in plans, attitude, and ultimately, worlds. Marcus Carausius was reincarnated 200 years later by a famous sorcerer, who took it upon himself to educate the confused warrior in alchemy and magic. Now known simply as Markus, he spent 20 years developing his new talents, finding that the fusion of his military acumen with sorcery made for a powerful combination. Carnage did ensue.
Within the new domain at his command, others of like mind began to gather. Some would say the new society he formed was utopian, as in ancient Sparta, leaders rising from the warrior caste. More years passed, and the Koenig Philosoph (Philosopher King) realized the final gift from his sorcerer mentor was that of immortality…
Later, at a grand phantasmagorical convergence of many realms, Markus ventured though a Dark portal; a question was posed: “Who commands this legion?”. Prowler, then keeper of the music, and the tenders of the kegs all pointed, responding “It is he!”. Markus and Shadowstalker thus met… a fateful day in history. 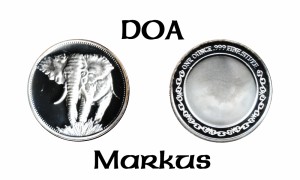