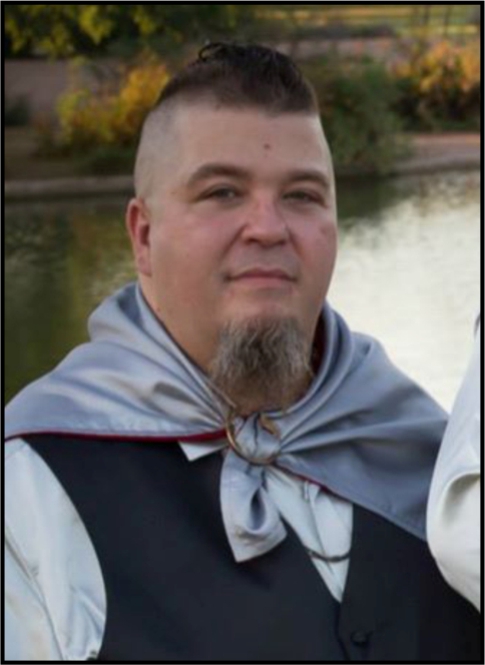 – Dead Man’s 2015 — yard cleaning and clearing, Setup, helped with food and drink prep, worked the bar and helped with Cleanup.

– “Force Awakens” DO Movie Event — helped onsite with organizing the line and seating.

– April Party 2016 — helped both setup days, worked at the bar and made a dish of stuffed pork roast to fit the theme.

– August Party 2016 — head of Cleanup, and worked at the bar during the party.

– Dead Man’s 2016 — prepared one of the main dishes for the party, the meat bodies (smoked ribs & salami skulls with roasted leg of lamb). Also worked at the bar.
Sponsored by Mikhail on September 19, 2015

Too many to name

One child of unknown origin. People say it is part demon, seldom seen outside the Merchant caravan.

Merchant suddenly appeared as a commodities trader in the Southern Sands desert many years ago. He offers goods and some services and has a keen eye for value. Having a love of all things gold and silver, he is a self-taught barterer of goods. He is now well known as The Merchant of the Southern Sands.

He is generally quiet and reserved, except when making a deal. He is also known to prepare amazing food for his friends.