Biographical Information:
Pagan knows not which world in all the multi-dimensional universes is her place of  birth. She was brought as a babe to Hell’s Gate by the Walker of Worlds. Is she a long-sought princess of an ancient and royal family or a nameless peasant brat left exposed on a hillside? Her powerful childhood guardian could not be persuaded to tell. Pagan was taught by her guardian to open and close the nearly infinite doorways of Hell’s Gate as well as to perform other magic. The World Walker departed through an unnamed gate and never returned, leaving Pagan in the care of the automaton servants. As the sole living creature in Hell’s Gate, Pagan soon sought the company of others by traveling through the less complicated Doors. She quests throughout the worlds to seek her origins and the fate of her guardian. 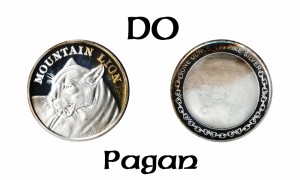