The problem with our current logos – The Dark Dude and The “Dudette” (aside from the term “dudette”, I mean) is that we have two simple and simplistic line drawings when what we need in each case is a versatile iconic image designed from the ground up to be flexible – used in all three standard graphic forms

So, our plan is to come up with new iconic images for both of these divisions, as well as a third sub-icon that can be used with both, and also as a publicly available (fans can buy, and not just members) third iconic logo for the group.

Both main icons (the “Dude” for the Dark Ones, and the “Dudette” for DarkCon) will be created from the ground up, with the intention of being translatable to all three forms – with the addition of a fourth form as a stretch goal / post project – standard .OBJ 3D models that can be posed, printed, rendered, and so on.

The third icon – the sub-icon or “public logo” will be something very much like a heraldic device – the “Dude” or “Dudette” might be shown wearing it on a cape, tabard, shield, banner, tee-shirt, or whatever, and – when combined with a distinctive text logotype, it could be used for Dark Ones fan gear.

The full color illustration style we’re going for is that seen frequently in concept illustration for modern game characters and assets.  Here are some examples.  (click to embiggen) 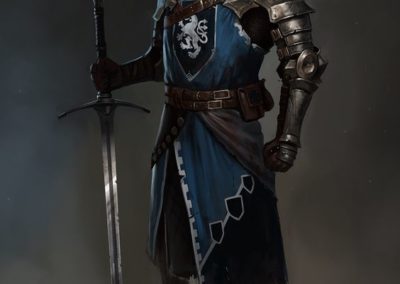 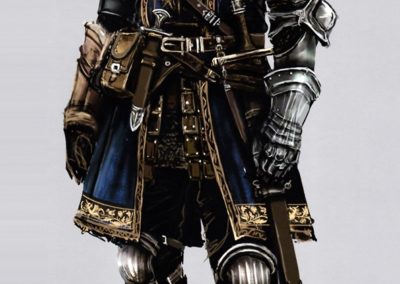 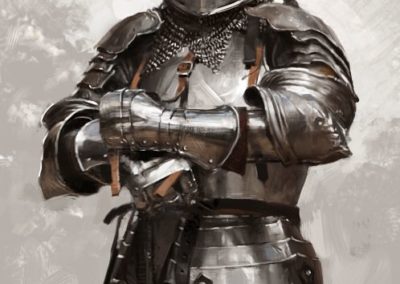 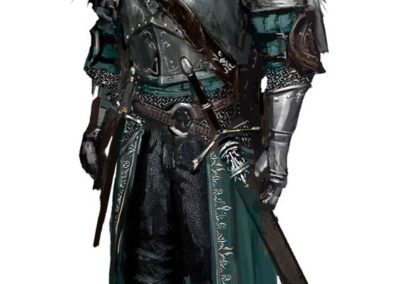 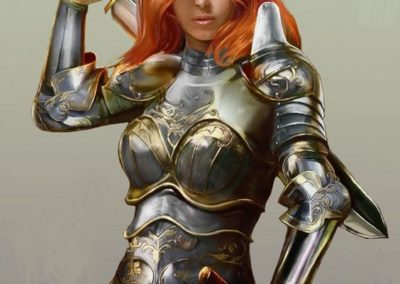 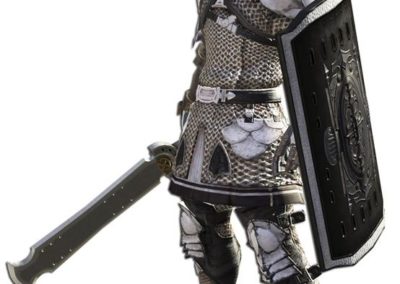 Here is a very basic set of examples of the shaded and non-shaded line art styles we’d be looking at.  The big difference here is that rather than trying to colorize a black and shaded line drawing, or simplify a color painting, in this case the one would be split off from the other in the creation process, so we literally have purpose made line drawings and painted versions of the exact same image. Those could then be further processed for effects like fantasy/antique drawings on parchment or velum, oil paintings, etc.  (click to embiggen) 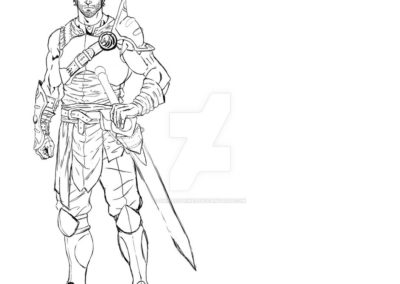 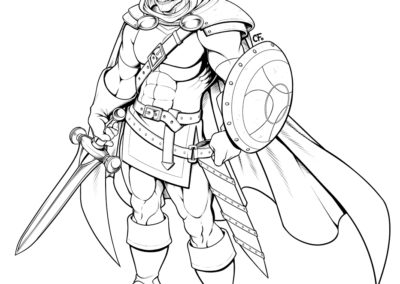 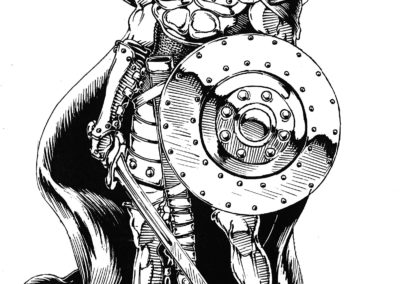 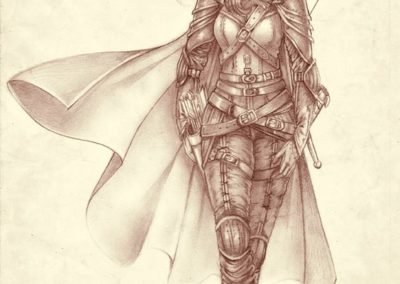 The 3D model will be a much more complex undertaking, but will allow for photoreal renderings and base renderings used as reference for painted or drawn versions for other projects & purposes.

There are questions we’ll still have to answer, and as we have sketches to vote on, we’ll put them to an informal poll in the members area of the site – questions of do we want the main version of the Dude to be in plate armor, or have a tabard on over it? Do we like this dragon pose or that one better? (Or, do you have another idea for a sub-logo?)? and so on.  We’ll probably send an email or post to the FB groups or both when there’s something to vote on.

Below is just a simple sketch, the work in progress for the line art version of a test image for a full plate version. 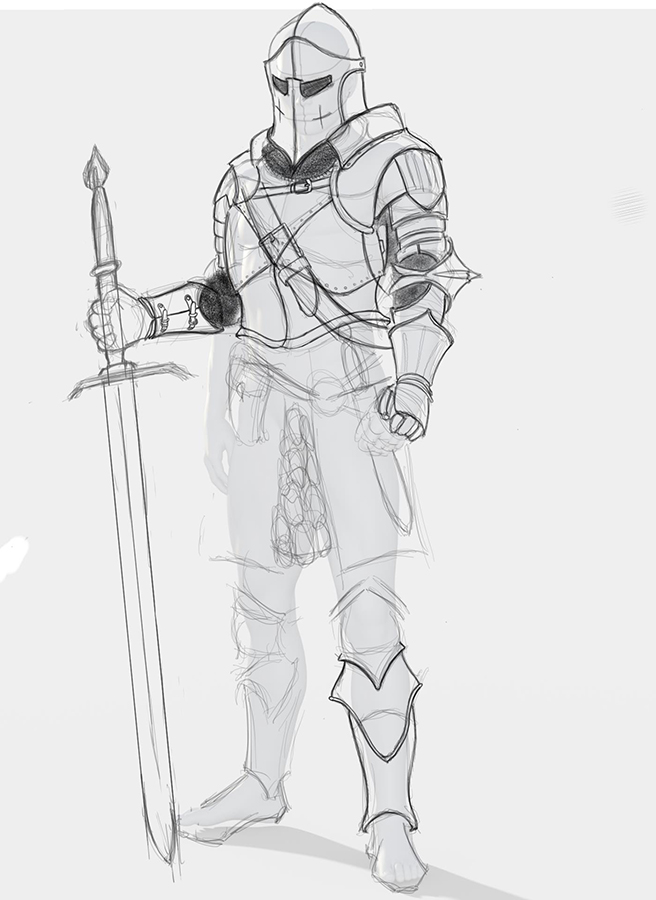