Sanguin Luna became a pirate in his teenage years. He was unhappy with the way his family treated him and the way the world kicked him down. He learned that if he wanted something in life, he needed to take it. So he stowed away on the first ship leaving port, Sanguin has never looked back.

Then one day, just two short years ago, he met Captain Jonathan Shade. They formed a fast friendship and finally on Shade’s ship the Fury, Sanguin found a home. The second addition to my chosen family is Odindotter, we met while attending the funeral of a fellow sailor, a priestess, she joined the crew and we soon taught her how to be a pirate… she taught us the path of Odin.

Life moves on… Capt Shade sails the Ethereal Plane, a place that borders both the lands of the living and the spectral. He has visited many places and knows many people across these worlds. Shade introduced me to one of these unusual groups of people, the likes of which I had never seen. My first exposure was at an event themed “The Devil Made Me Do It”, where the names of the people I met were things like: Cookie, Mikhail, Psycho, Shadowstalker and Smoke… little did he know that that night would be a turning point, or that The Dark Ones would soon become a huge extension of his chosen family. 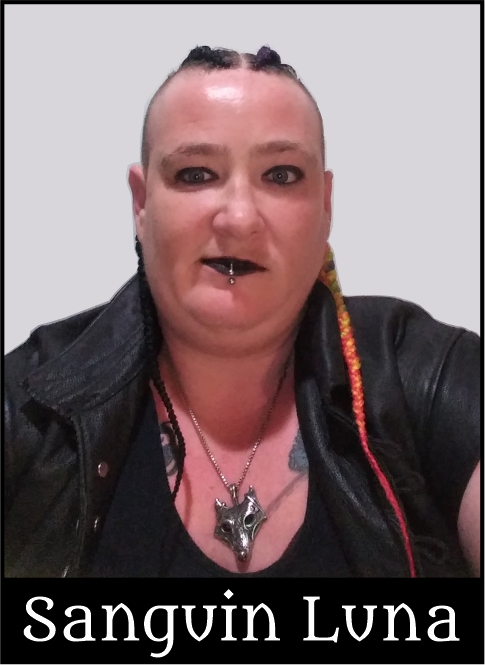