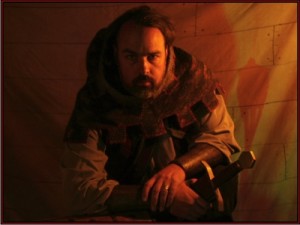 Biographical Information:
I was born the Prince of Shadowhaven. Per Bauranthayne (my Father) the sole reason for my existence was to eventually take over from him as the ‘Emperor of Shadowhaven’. My early years were all school and physical training (swords and the like) but due to my father’s mandate, upon my 16th birthday I was sent out into the world to establish myself as a man.

I traveled for most of the next 10 years exploring and expanding the realm of Shadowhaven for my Father. I had many strange and dangerous adventures during that time of travels. As I think back to those early years of adventuring, there is quite a list of friends and allies that hit the jungle with me from time to time. Traveling from the ‘Tilvanot Peninsula’ across the ‘Tilva Straight’ and ever deeper into the ruins of the ancient ‘Olman Empire’…
Here are the pertinent names (as I remember them) that traveled with me during that time of my life: Alicia, Ashtar, Chameleon, Darkyr, Fenton, Ivanhoe, Jaguar, Kalidasia, Kretin, Lefty, Maelkith, Morgan, Myrk Tyva, Night Flier, Prowler, Raven, Rhowyn, Snag, Spectre, Thanatos & The Ripper. After that came the ‘Portal Wars’… adding Mhoram, Oshiah & Wilgar (among others) to my list of friends and companions.
One day I found it official… I had become the Emperor of the ‘Shadowhaven Empire’. Many of those listed above have stayed on and made homes here. In fact, many of the Arch-Dukes and Arch-Duchesses of Shadowhaven come from that very list of names.
Adventuring has oft been pushed off by the politics of life… but recently I was reminded it is never far away as we gathered our group of adventurers together again to deal with some trouble in another Shadowhaven protectorate.
Bauranthayne ascended… (Now the Deity of Portals and Empire Building) Politics in the Empire keep rearing their ugly head. Time marches on in all things. Always on the horizon, strange things are always happening in Shadowhaven…