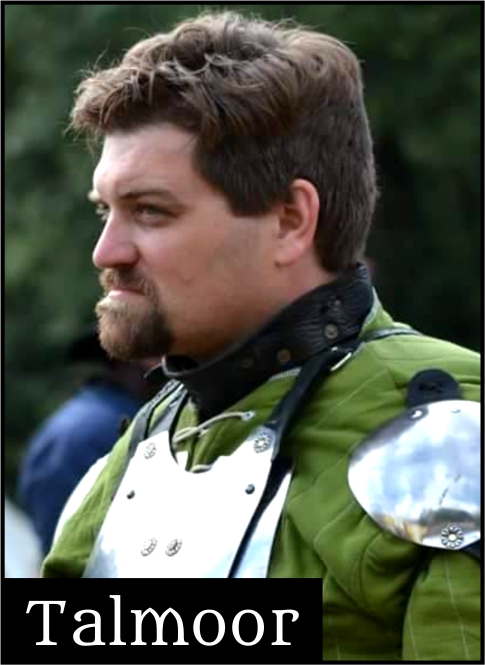 Talmoor is the ruler of a kingdom called Burrows, it is an independent kingdom that is tied into an informal empire, thus granting him the title of King and Duke of the same lands.

He is a man with a long and sometimes obscure past who has survived his first wife and his son.

Talmoor is extensively traveled and is almost startlingly well educated at times.

His device is Per pale embattled, argent and vert, a three toed cats paw counter-changed.