Biographical Information:
Rose through the Hierarchy of the temple of Myrkull in the Forgotten Realms but left through a gate after my deity was killed during the Time of Troubles.
Upon arriving on Oerth, set up a little shop in the capital city of the Horned Lands and was quite happy there, dealing with the lawful evil denizens and devils that visited there. Left for more lawful and peaceful lands after Iuz took over the Horned Lands, loading up my wagon with basic mundane goods and hiding all of the really good and valuable stuff inside my zombie draft horses.
Headed across Oerth until I found some more like-minded people near the Tilvanot Peninsula (NOT the Scarlet Brotherhood, those racist SOBs!) and joined with the Shadowhaven Empire.
I work directly under Spectre – I finally found someone who can appreciate my talents – and pursued the path to lichdom, which was achieved right after I was able to get back at Iuz and kick him off of the plane for a while.
Recently, I have been spending more time in the “Mundane” world than elsewhere or elsewhen. 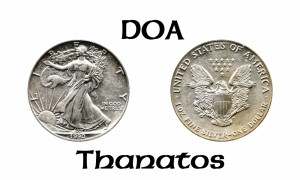 Known Aliases: Disco Mike
Current Residence: Deep, deep under cover
Place of Origin: Forgotten Realms
Profession: Vivisectionist
Race: Lich
Height: 5’ 10”
Weight: 255 lbs (kind of heavy for a lich)
Hair Color: black and gray, what’s left of it
Eye Color: blue
Distinguishing Features: Undead
Title(s): Lord High Death, Lord of the Danse Macabre
Favored Weapon: Wit
Likes: Good dance music, like the stuff we used to have at all of the parties back in the 90’s and everyone would crowd onto the floor at Sanctuary and not just for the anthem.
Dislikes: People hanging out on the dance floor to talk or stare at the people dancing.
Allies: DJs, Dark Ones adventuring party
Enemies:
Special Lineage or Associations: