Sponsored by The Dark Ones

Souvenir Card for Everyone!

Come in costume, show us your best!

Michael A. Stackpole is the multiple New York Times bestselling author of over forty fantasy and science fiction novels, his best known books are written in the Star Wars® universe, including I, JEDI and ROGUE SQUADRON, as well as the X-Wing graphic novel series. He has also written in the Conan, Pathfinder, BattleTech and World of Warcraft universes, among others.

Darren has been a huge supporter of all things Dark Ones & DarkCon for many, many years. As a small token of our thanks we have invited him to join us for this fun-filled day of a movie and socializing.

[In the same parking lot as the theater]

Please let us know if you plan to attend with us after the movie, so we hold enough space at Red Robin!

Email the RSVP [with your number of people] to Shadowstalker@DarkOnes.org 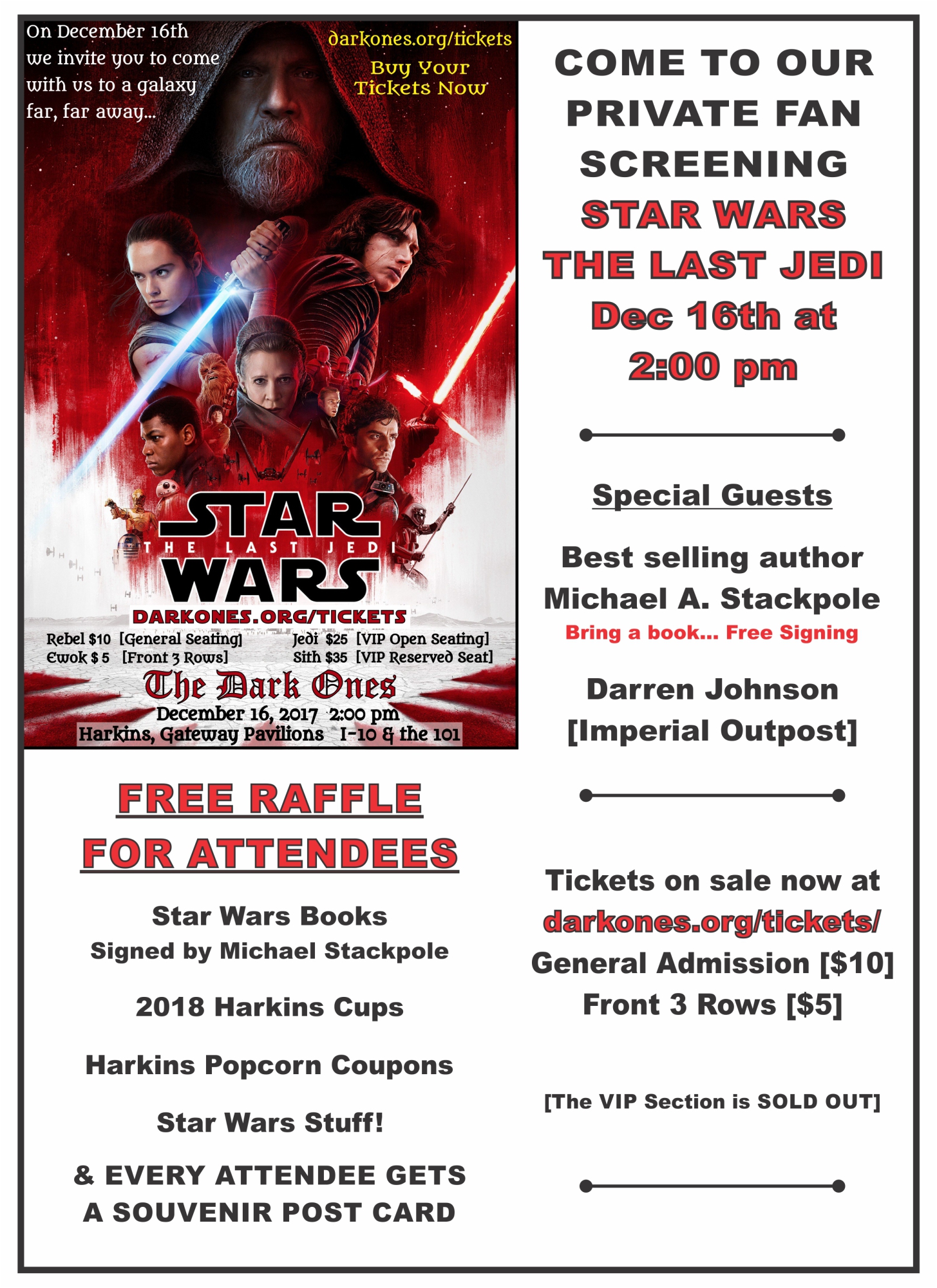 After paying for the theater, any extra income will go toward the Dark Ones future events as a fundraiser. Thank you for your continued support. Without you, these events would be impossible.

You will be allowed to buy multiple tickets of different types, as well as multiples of each type chosen. 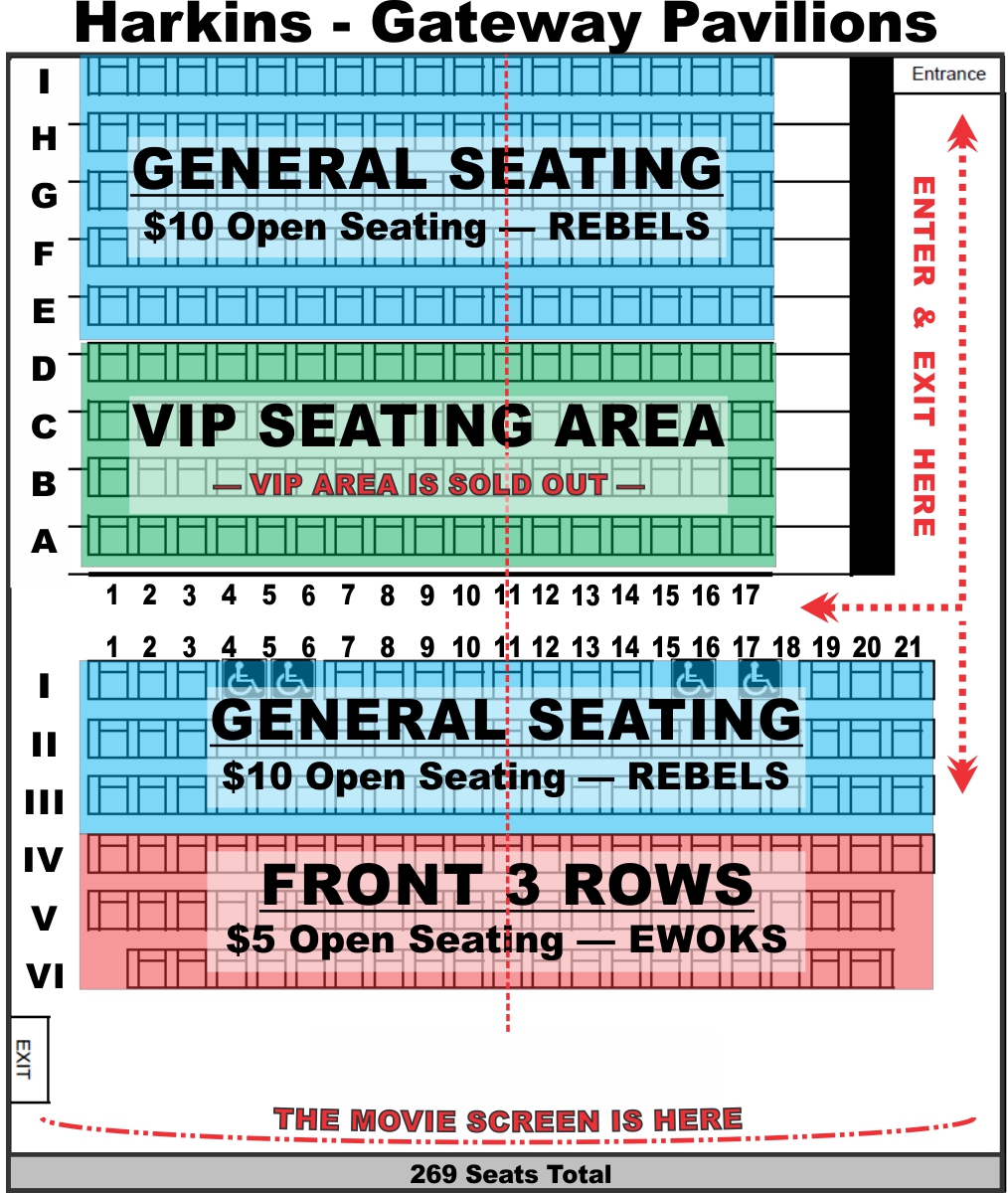